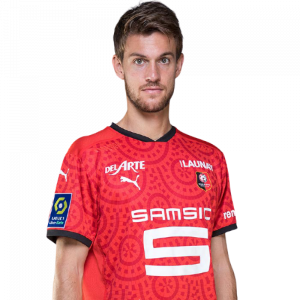 Daniele Rugani (born 29 July 1994) is an Italian professional footballer who plays as a centre back for Serie A club Cagliari, on loan from Juventus, and the Italy national team.

Rugani began his professional club career with Empoli in Serie B in 2013, where he immediately helped the club achieve Serie A promotion, and was named the 2014 Serie B Footballer of the Year. His defensive performances the following season saw him named to the 2015 Serie A Team of the Year, and earned him a transfer to Juventus, where he won five consecutive Serie A titles, two Coppa Italia titles, and two Supercoppa Italiana titles.

At the international level, he has represented the Italy U21 team at the UEFA European Under-21 Championship in 2015 and 2017, and made his senior debut for Italy in 2016.

Cagliari
On 1 February 2021, Rugani joined Cagliari on a six-month loan. On 3 March 2021, Rugani scored his first goal for the club, in a home league match against Bologna that ended 1–0.