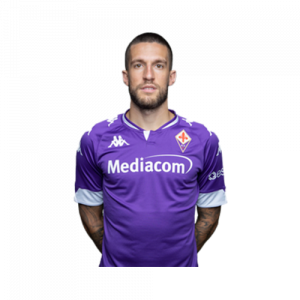 Cristiano Biraghi (born 1 September 1992) is an Italian footballer who plays as a left back for Serie A club Fiorentina and the Italy national football team.

Fiorentina
On 15 August 2017, Biraghi joined Serie A club Fiorentina on loan, with an obligation to buy the player.

Second return to Internazionale
In August 2019, Biraghi was re-signed by Inter in a temporary deal, with Dalbert moving the opposite direction. Inter had an option to sign Biraghi from Fiorentina in a permanent deal in 2020 for a reported €12 million fee, but opted not to take this up.