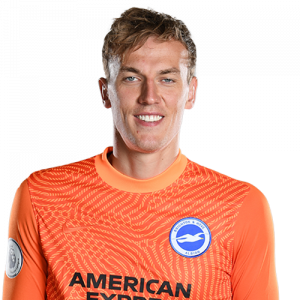 Christian Timothy Walton (born 9 November 1995) is an English professional footballer who plays as a goalkeeper for Premier League club Brighton & Hove Albion.  He has represented England at under-19, under-20 and under-21 levels.

Walton played in The Seagulls pre season friendly against Chelsea on 29 August 2020 where he came on as a half time substitute for Maty Ryan. However, he injured his ankle after an awkward landing from a save and was stretchered off and replaced by Robert Sánchez in an eventual 1–1 home draw. On 13 January 2021, Walton made a Premier League match day squad for the first time being named on the bench in the 1–0 away loss at Manchester City. He made his first appearance for Brighton in over 5 1/2 years on 23 January, playing in the 2–1 fourth round FA Cup home victory over Blackpool. He played in The Albion’s fifth round tie almost three weeks later on 10 February conceding a 90+4 minute header from Kelechi Iheanacho to knock Brighton out in the 1–0 away loss at Leicester City.