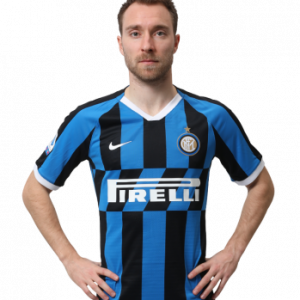 Christian Dannemann Eriksen (born 14 February 1992) is a Danish professional footballer who plays as an attacking midfielder for Serie A club Inter Milan and the Denmark national team.

Eriksen is also capable of playing as a central midfielder or mezzala in a 4–3–3 system.

Eriksen made his debut for Denmark in March 2010 and was the youngest player of the 2010 FIFA World Cup. In the build-up to the 2018 FIFA World Cup, Eriksen played a key-role during the nation’s qualification campaign. Denmark reached the round of 16, where they were defeated by Croatia after a penalty shoot-out. Eriksen has been named the Danish Football Player of the Year a record five times.