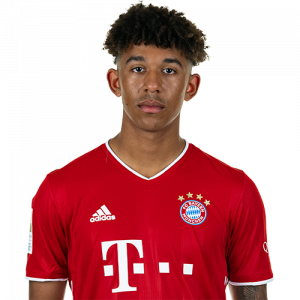 Christopher Jeffrey Richards (born March 28, 2000) is an American professional soccer player who plays as a defender for German club 1899 Hoffenheim, on loan from Bayern Munich.

FC Dallas
Born and raised in Birmingham, Alabama, Richards joined FC Dallas Academy in 2017 after spending some time with Texans SC Houston. He had initially failed to catch FC Dallas’ attention, but after playing against them caught the eye of Academy coach Eric Quill.

On April 12, 2018, he signed a contract with FC Dallas becoming their 22nd Homegrown Player.

Bayern Munich
In May 2018, Richards, alongside FC Dallas colleague Thomas Roberts, went to a 10-day trial at FC Bayern Munich as part of an agreement between the two clubs. Due to his performance, in July he was offered a one-year loan with the German club.

On July 21, 2018, Richards debuted for Bayern senior team at the 2018 International Champions Cup, replacing Sandro Wagner in the 62nd minute of the 3–1 win against Paris Saint-Germain F.C. During the 2018/2019 season, he spent time with Bayern München U19s becoming a team regular starter and getting praises for his aerial abilities and his passing skills. On January 19, 2019, Richards signed a $1.5 million permanent contract with FC Bayern Munich. On August 19, 2019, he made his professional debut when he started for FC Bayern Munich II at the 3. Liga in their 2–1 away win against Hallescher FC. Richards ended up making 30 appearances and scoring 4 goals for Bayern II in a team that won the 3. Liga.

On June 20, 2020, Richards made his Bundesliga debut in a 3–1 victory over Freiburg. On September 18 he made his first appearance of the 2020–21 Bundesliga season in Bayern’s opener against Schalke 04. He made his first start for Bayern against Hertha BSC on October 4, in which he assisted a Robert Lewandowski goal in the 51st minute of a 4–3 win.

On November 25, 2020, Richards made his UEFA Champions League debut for Bayern in a 3–1 victory over Red Bull Salzburg. He exited the game in the 79th minute when he was replaced by Javi Martínez.

Loan to Hoffenheim
On February 1, 2021, Richards joined Bundesliga side TSG 1899 Hoffenheim on loan for the remainder of the season.