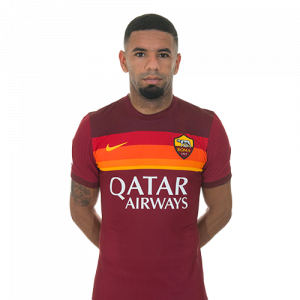 Bruno da Silva Peres (born 1 March 1990), known as Bruno Peres, is a Brazilian professional footballer who plays as a right-back for Serie A club Roma.

Audax and loans
Born in São Paulo, Bruno Peres began his football career with Audax São Paulo Esporte Clube, and was eventually loaned to Clube Atlético Bragantino. He made 6 appearances for the club, scoring once.

Santos
On 5 July 2012, Peres signed a one-and-a-half-year loan contract with Santos FC. He made his Santos debut three days later, on the match against Grêmio. Peres scored his first goal for the club on 29 July, against Ponte Preta. Bruno finished the season with 27 appearances for the club (25 for the league), scoring twice.

Roma
On 16 August 2016, Peres joined Roma on loan from Torino, for a fee of €1 million, with a conditional obligation to purchase – depending on the completion of certain performance targets – for a fee of €12.5 million. Moreover, Torino would receive an additional €1.5 million for certain sporting objectives reached by the club and player, making the total fee a maximum of €15 million. The permanent transfer of Peres to Roma was confirmed on 26 June 2017.