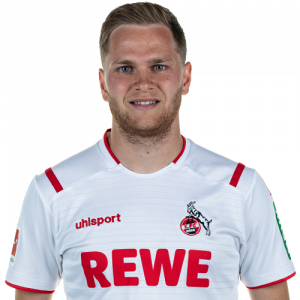 Benno Schmitz (born 17 November 1994) is a German professional footballer who plays as a right back for German side 1. FC Köln.

Schmitz started playing football at local Munich club SV Waldperlach. In 2001, he joined the youth ranks of German heavyweight Bayern Munich where he eventually was promoted to their reserve team in 2012. After having had no chance to establish himself at the first team, he decided to leave the club and signed for Austrian champion Red Bull Salzburg effective summer 2014.

On 23 August 2014, he made his league debut in a 5-0 home win against Rheindorf Altach by coming on as a substitute for Christian Schwegler after 83 minutes. In 2018, after a quiet stint with Leipzig, Schmitz was transferred to newly relegated side 1. FC Köln for a fee of €1.5 million.