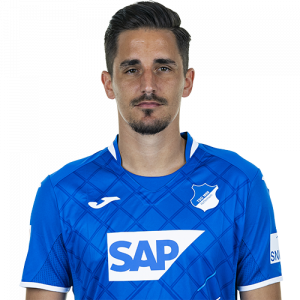 Benjamin Hübner (born 4 July 1989) is a German professional footballer who plays for Bundesliga side 1899 Hoffenheim.

Career
Born in Wiesbaden, Hübner made his professional debut in the 2. Bundesliga for Wehen Wiesbaden on 18 May 2008 when he came on as a substitute for Benjamin Siegert in the 90th minute in a game against Freiburg.

Personal life
His brothers Christopher and Florian are professional footballers and his father Bruno is director of sports at Eintracht Frankfurt.