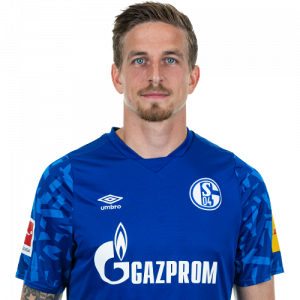 Bastian Oczipka (born 12 January 1989) is a German footballer who plays as a left back for Schalke 04 in the Bundesliga.

Career
Oczipka began his career 1994 with SV Blau-Weiß Hand. After three years, he joined SSG Bergisch Gladbach in summer 1997. He played two years in the youth teams of SSG Bergisch Gladbach before he was scouted by Bayer Leverkusen in July 1999. In 2008, Leverkusen loaned him to F.C. Hansa Rostock. After two and a half years, he left Rostock to return to Bayer 04 Leverkusen, but the Werksclub loaned him again, this time to FC St. Pauli on 5 January 2010.

Although FC St. Pauli showed interest in a continued commitment beyond the loan period, Oczipka returned to Leverkusen in the summer of 2011. However, he came for Bayer in the 2011/12 season only to nine Bundesliga and three Champions League appearances.

In the summer break 2012 Oczipka joined the Bundesliga rookie Eintracht Frankfurt with a three-year contract, starting from the 2012–13 Bundesliga season for an undisclosed transfer fee. In his first season for the Hesse team, he played 33 games in which he set up nine assists, and qualified with his team for the UEFA Europa League. In March 2015, Oczipka extended his contract with Eintracht Frankfurt for another three years until June 30, 2018. On May 9, 2015, Oczipka scored his first Bundesliga goal for a 1-0 lead in a 3-1 victory at home against TSG 1899 Hoffenheim.