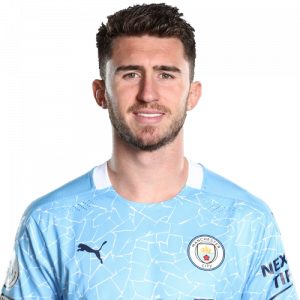 After joining Athletic Bilbao in 2010 at the age of 16, he became only the second French player—after Bixente Lizarazu—to play for them, going on to make 220 competitive appearances for the club and score ten goals. In January 2018, he signed for Manchester City. He was part of the side which won the first domestic treble in English men’s football in 2019.

Athletic Bilbao
Laporte was born in Agen, Aquitaine and is of Basque descent through his great-grandparents. He started playing football and rugby at the age of five, and began his development at SU Agen Football. In 2009 he was invited to join Athletic Bilbao after being scouted; by arrangement with the club, he spent a season with Aviron Bayonnais FC as he was too young to move outside France at the time.

Manchester City
Near the end of the winter transfer window of January 2018, Laporte signed for Manchester City for a reported fee of £57 million (his contractual release clause amount and a record-breaking figure for both clubs). He was given the number 14 shirt, while Athletic immediately spent around half of the fee on Iñigo Martínez as a replacement.