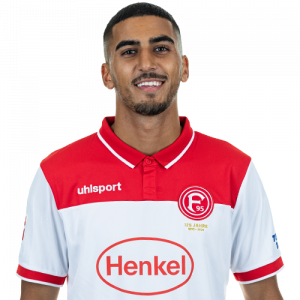 Aymen Barkok (born 21 May 1998) is a German-Moroccan professional footballer who plays as a midfielder for Bundesliga club Eintracht Frankfurt and the Morocco national team.

On 20 October 2016, Barkok, previously playing with the under-19s, signed his first professional contract with Frankfurt, lasting until 2020.

Barkok made his professional debut for Eintracht Frankfurt in the Bundesliga on 20 November 2016 in an away match against Werder Bremen, coming on for Mijat Gaćinović in the 75th minute. Barkok went on to score the winning goal for Frankfurt in the final minute of the game, with the match finishing as a 2–1 victory.

On 19 May 2018, Barkok joined Bundesliga newcomers Fortuna Düsseldorf on loan for the 2018–19 season.