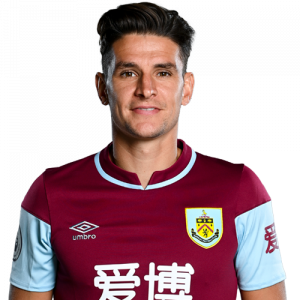 On 31 January 2017, Westwood signed for Premier League club Burnley on a three-and-a-half-year contract, with the option of a further year. He scored his first goal for Burnley on 10 March 2019, opening the scoring direct from a corner in a 4–2 defeat by Liverpool at Anfield. He was voted Burnley’s player of the season for 2018–19 by both supporters and players. On 3 October 2020, Westwood scored on his 100th Premier League appearance for Burnley in a 3–1 defeat against Newcastle United at St James’ Park.

Westwood operates primarily as a deep-lying playmaker although he is capable of playing in a role higher up the midfield as well as right back. After his transfer to Aston Villa, Westwood compared himself to Michael Carrick adding that he is “someone who stays out of the limelight and keeps it simple, retaining the ball and laying it off to team-mates”.