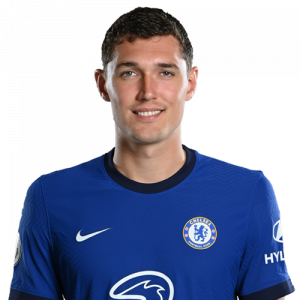 Andreas Bødtker Christensen (born 10 April 1996) is a Danish professional footballer who plays as a centre back for Premier League club Chelsea and the Denmark national team.

Christensen began his career at Brøndby and joined Chelsea at the age of 15 in February 2012, making his professional debut in October 2014. From 2015 to 2017 he was loaned to Bundesliga club Borussia Mönchengladbach, where he made 82 appearances and scored 7 goals. Christensen made his full international debut for Denmark in June 2015, and represented the nation at the 2018 World Cup.