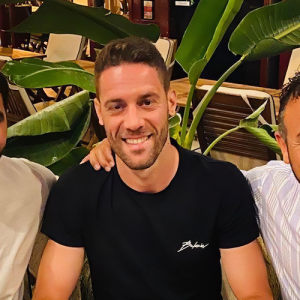 Andrea Rispoli (born 29 September 1988) is an Italian footballer who plays as a right-back for Serie A club Crotone.

Brescia
Born in Cava de’ Tirreni, Campania, Rispoli started his professional career at Brescia Calcio. Having played for the reserve team from 2005 to 2008, he made his professional debut with the first team during the 2007–08 Serie B season.

On 30 August 2010, Rispoli left for fellow Serie A team U.S. Lecce on loan along with Manuel Coppola. In June 2011, both Brescia and Parma gave up the retained registration rights to the opposite side for free.

On 1 July 2011, Rispoli and Paolo Castellini were exchanged with Jonathan Biabiany.

After Sampdoria did not buy him, on 3 July 2012 he left for Calcio Padova, once more on loan.

Palermo
On 2 February 2015, he moved to Palermo in a temporary deal, with an option to purchase. At the end of year he was released from Parma, due to the club’s bankruptcy, and signed a four-year contract with Palermo.

He was released on 30 June 2019 after his expiring contract was not renewed; soon afterwards, Palermo was excluded from Serie B.

Crotone
On 8 September 2020, Rispoli signed with Crotone a 2-years contract.