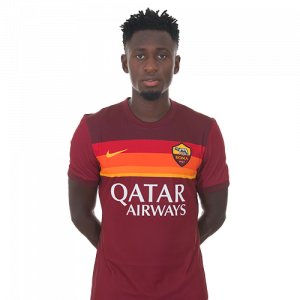 Amadou Diawara (born 17 July 1997) is a Guinean professional footballer who plays as a midfielder for Serie A club Roma and the Guinea national team.

Bologna
While playing for San Marino, Bologna Director of football Pantaleo Corvino spotted his talents and brought him to Bologna in a deal costing the side £420,000 in July 2015. On 22 August 2015, Diawara made his Serie A debut for Bologna, in an away match against Lazio, coming on as an 84th-minute substitute for Lorenzo Crisetig.