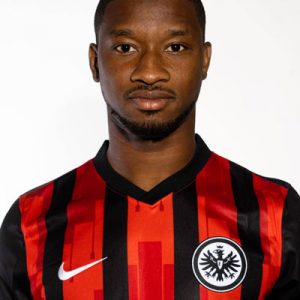 Almamy Touré (born 28 April 1996) is a professional footballer who plays as a right back for Bundesliga club Eintracht Frankfurt. Born in Mali, he represents France internationally.

Touré is a youth exponent from AS Monaco. He made his league debut on 20 February 2015 in a 0–1 away win against OGC Nice replacing Layvin Kurzawa after 35 minutes. Bernardo Silva scored the only goal of the game. He started his first game on 25 February 2015, during Monaco’s surprise 3–1 victory against Arsenal at the Emirates Stadium. Touré signed a new four-year contract with Monaco on 19 May 2015.