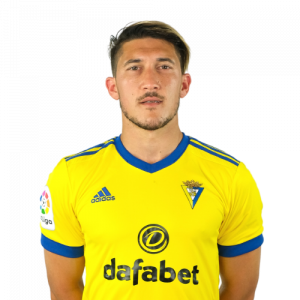 Luis Alfonso Espino García (born 5 January 1992), commonly known as Pacha Espino, is a Uruguayan footballer who plays as a left back for Spanish club Cádiz CF.

Born in San Jacinto, Espino joined Nacional’s youth setup in 2012, from Miramar Misiones. He made his senior debut on 1 February 2014, starting in a 2–0 away win against Racing Montevideo for the Uruguayan Primera División championship.

On 28 January 2019, Espino moved abroad for the first time in his career after agreeing to a two-and-a-half-year contract with Segunda División side Cádiz CF.