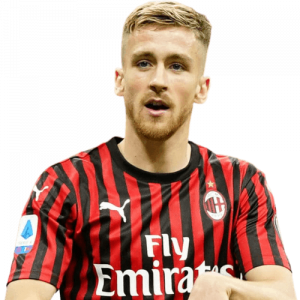 Alexis Jesse Saelemaekers (born 27 June 1999) is a Belgian professional footballer who plays as a midfielder for Italian Serie A club Milan and the Belgium national team.

Although he primarily plays in midfield, he can also play in defence.

n October 2017, Saelemaekers signed a contract at R.S.C. Anderlecht until 2019. On 16 February 2018, he made his official debut against Sint-Truiden. He was subbed on in the 77th minute.

On 31 January 2020, A.C. Milan signed Saelemaekers on loan, with an option to buy. Milan reportedly agreed a €3.5 million fee plus €1 million in bonuses in case of a permanent signing. He made his debut as a substitute for Davide Calabria in a 1–1 draw against Verona on 2 February 2020.