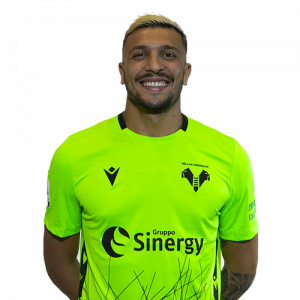 Alessandro Berardi (born 16 January 1991) is an Italian professional footballer who plays for Hellas Verona as a goalkeeper.

Born in Rome, Berardi joined Hellas Verona on loan deal from Lazio on 30 August 2012. On 17 July 2013, he joined Salernitana on a season long loan deal. He was loaned out again in the next year, this time to Grosseto. On 10 January 2015, it was announced that he has left the club and joined Messina on loan to get more first team opportunities.

Berardi signed permanently with Messina in September 2015. On 22 September 2017, he signed a one year deal with Serie A club Bari.