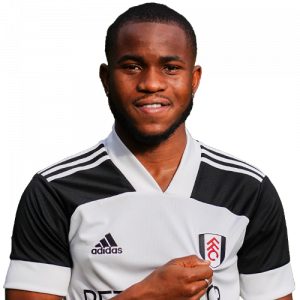 Lookman made his senior debut in 2015, playing as a forward for Charlton Athletic of the Championship, and in January 2017 signed for Everton, who used him mainly as a winger. He has represented England from under-19 to under-21 levels.

Lookman playing for Charlton Athletic in 2016
Lookman joined Charlton Athletic’s academy in 2014 after signing from Waterloo, a youth football club based in the London Borough of Lambeth. His goalscoring record for Charlton’s U18 and U21 teams led to him making a rapid ascent through the Charlton academy ranks and he made his first-team debut for the Addicks on 3 November 2015. He scored his first goal for the club in a 3–2 defeat at Brighton & Hove Albion on 5 December 2015, and then followed that up with both Charlton’s goals in a 2–2 draw with Bolton Wanderers ten days later.

Everton
Lookman signed a four-and-a-half-year contract with Everton on 5 January 2017 for an undisclosed fee, reported as an initial £7.5m potentially rising to £11m with add-ons. He made his debut for the club ten days later in a 4–0 victory over Manchester City, replacing Ross Barkley in the 90th minute and scoring the team’s fourth goal. Lookman made his first European appearance for Everton in a 1–0 win over MFK Ružomberok in the Europa League third qualifying round first leg.

Although manager Sam Allardyce stated that Lookman would not be leaving on loan in the January 2018 transfer window, he changed his mind, and the club arranged a move to Championship club Derby County, where they hoped he would play regular first-team football. However, the player insisted on an alternative move, and joined Bundesliga club RB Leipzig until the end of the 2017–18 season. In his first game with Leipzig, Lookman scored the winning goal in the away game against Borussia Mönchengladbach after coming on as a late substitute.

RB Leipzig
On 25 July 2019, Lookman returned to RB Leipzig on a five-year deal, a year and a half after a successful loan spell at the German outfit scoring 5 goals in 11 appearances.

Fulham
On 30 September 2020, Lookman joined Premier League side Fulham on a season-long loan. He scored his first league goal for Fulham against Sheffield United on 18 October.