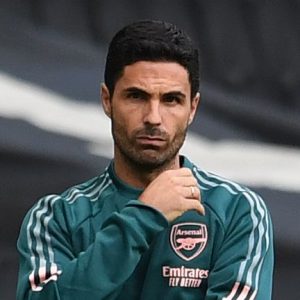 Born in San Sebastián, Arteta began his senior career at Barcelona in 1999, but limited playing time led to a loan move to Paris Saint-Germain in 2001. He then signed for Rangers, winning the domestic double of the Premier League and League Cup in his debut season. After a brief return to Real Sociedad, Arteta joined Everton on loan in 2005; he then signed permanently. He moved to Arsenal in 2011, where he won two FA Cups and served as captain from 2014, until his retirement in 2016.

Arteta represented Spain through several youth levels, but never played for the senior national team. After retiring, Arteta was appointed as an assistant coach at Manchester City in 2016. In 2019, he returned to Arsenal as head coach and went on to win the FA Cup and the Community Shield within his first year.