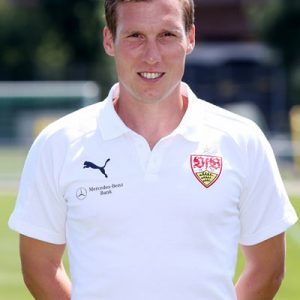 Hannes Wolf (born 15 April 1981) is a German football manager who is currently the interim head coach of Bayer Leverkusen.

Born in Bochum, Wolf spent his playing career as a striker in German minor leagues, including a stint with the second team of 1. FC Nürnberg. His career on the sidelines began in 2005 at SG Eintracht Ergste, followed by a tenure as player/coach at ASC 09 Dortmund. In 2009, Wolf was named assistant coach of Borussia Dortmund’s men’s reserve team, before joining the coaching staff of the club’s youth set-up one year later. He later became the head coach of the reserve team. In the final 15 matches he coached, he had a record of six wins, five draws, and four losses. Under his guidance, Dortmund’s under 17 squad won the German national championship in 2014 and 2015. He also led the club’s under 19 team to the national title in the 2015–16 season.

On 28 January 2018, Wolf was sacked in Stuttgart due to lack of success. He finished with a record of 24 wins, nine draws, and 19 losses.

He was appointed as the head coach of Hamburger SV on 23 October 2018. After failing to take HSV back to the Bundesliga, Wolf was sacked by Hamburg, effectively ending his tenure at the club after the last matchday of 2018–19 2. Bundesliga.

He was appointed as the interim head coach of Bayer Leverkusen on 23 March 2021.