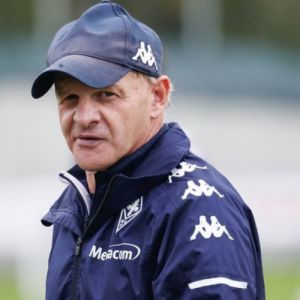 Giuseppe Iachini  (born 7 May 1964) is an Italian professional football manager and former player who is currently in charge of Serie A club Fiorentina. He played as a midfielder.

Iachini was born in Ascoli Piceno. He started his playing career at Ascoli, and made his Serie A and professional debut during the 1981–82 season, at the age of 17. He played for Ascoli until 1987, when he signed for Verona.

As a player, he represented the Italy Olympic side at the 1988 Summer Olympics at international level, where they finished in fourth place.

On 23 December 2019, Iachini was unveiled as the new manager of Fiorentina, his former club as a player. He succeeded Vincenzo Montella. On 9 November 2020, Iachini was sacked.

On 24 March 2021, Iachini was rehired as Fiorentina manager after Cesare Prandelli resigned