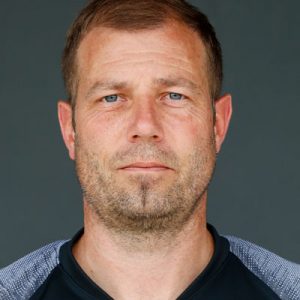 Frank Kramer (born 3 May 1972) is a German football manager who manages Arminia Bielefeld that is competting in Bundesliga.

Fortuna Düsseldorf
On 14 April 2015, it was announced that Kramer would be taking over as manager of Fortuna Düsseldorf from the beginning of the 2015–16 season. He had his first training session on 20 June 2015. He was sacked on 22 November 2015.

Germany youth
He was appointed as the head coach of the Germany U19 national team on 23 August 2016. In the following years, he also managed the U20- and U18 squad.