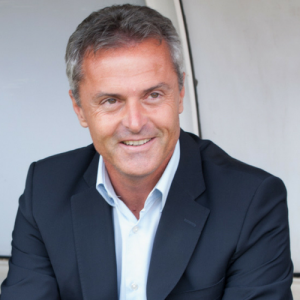 Born in Valencia, Escribá played youth football with Valencia CF, but never competed as a professional. In 2002 he returned to the club, taking care of the youth sides.

In 2004, Escribá started an association with Quique Sánchez Flores that would last several seasons, always as assistant. He started with Getafe CF, subsequently moving to S.L. Benfica and Atlético Madrid; the pair went their separate ways at the end of 2010–11, because the former wanted to have a go at head coaching.

Escribá was appointed at Segunda División club Elche CF on 12 June 2012. In his first year he led the Valencians to La Liga after an absence of 24 years and, on 28 May 2013, renewed his contract for two more seasons.

On 26 June 2015, following Elche’s administrative relegation, Escribá was named Getafe CF manager. On 11 April of the following year, with the team seriously threatened with relegation, he was sacked.

On 11 August 2016, Escribá replaced Marcelino García Toral at the helm of Villarreal CF. He led the side to the fifth position in his first season, with the subsequent qualification to the UEFA Europa League.

On 25 September 2017, in spite of many injuries to the squad, and following a 4–0 away loss against former club Getafe, Escribá was fired. He returned to work on 3 March 2019, becoming RC Celta de Vigo’s third coach of the campaign after Miguel Cardoso’s dismissal.

Escribá was relieved of his duties on 3 November 2019, with the team sitting in the relegation zone. He returned to Elche in February 2021, avoiding relegation in the last matchday at the expense of SD Huesca after a 2–0 home win over Athletic Bilbao.