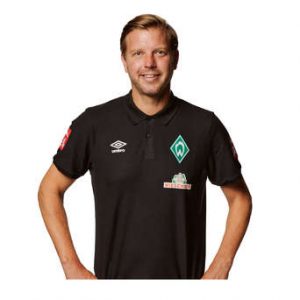 Kohfeldt was appointed interim manager of Werder Bremen on 30 October 2017 following Alexander Nouri’s dismissal. He finished with a record of 12 wins, 14 draws, and 16 losses in 42 matches with the reserve team. In November he became the permanent manager of Werder Bremen. In April 2018, he agreed a contract extension with the club until summer 2021.