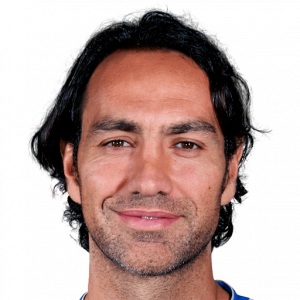 Filippo Inzaghi (born 9 August 1973) is an Italian former professional footballer and current manager, who serves as head coach of Serie A team Benevento. He was nicknamed by fans and commentators “Superpippo” or “Alta tensione”.

Inzaghi played as a striker for several Italian clubs, and spent the most notable spells of his club career with Juventus and Milan, winning two UEFA Champions League titles (2003, 2007), and three Serie A titles (1998, 2004, 2011). He is the seventh highest scorer in Italy, with 313 goals scored in official matches. He is currently the sixth-highest goal scorer in European club competitions with 70 goals, behind only Cristiano Ronaldo, Lionel Messi, Robert Lewandowski, Raúl and Karim Benzema. He is also Milan’s top international goal scorer in the club’s history with 43 goals. He also holds the record for most hat-tricks in Serie A with 10.

At international level, Inzaghi earned 57 caps for the Italy national team between 1997 and 2007, scoring 25 goals. He represented his country at three FIFA World Cups, winning the 2006 edition, and he also took part at UEFA Euro 2000, where he won a runners-up medal.