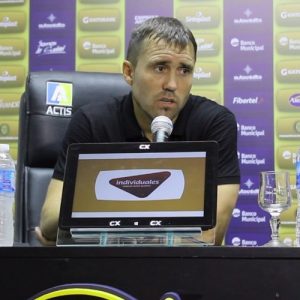 Born in Buenos Aires, Coudet spent most of his career in the Argentinian First Division team Rosario Central, but he did have a short spell at Celta Vigo in the Spanish League and subsequently in Major League Soccer with Philadelphia Union.

From 1993 to 1995, he played for Argentine football team Platense, alongside French-Argentine David Trezeguet, also playing his first years of football in Platense. He won three Argentine titles during his time with River Plate.

After several years playing in Mexico, Coudet returned to Argentina in January 2010 to play for Colón de Santa Fe.

Coudet eventually became a trialist for the Philadelphia Union of Major League Soccer and later signed with the club in July 2010. He was released by the club in February 2011. On 28 March 2011, Coudet signed with Fort Lauderdale Strikers of the North American Soccer League. Coudet was slapped with a six-match ban after aggressively confronting the referee in a match against the Puerto Rico Islanders on 21 July. He was released by the Strikers at the season’s end.

On 12 November 2020, Coudet was named in charge of La Liga side RC Celta de Vigo.