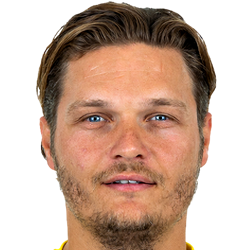 Edin Terzić (born 30 October 1982) is a German professional football manager and former player who is the manager of Bundesliga club Borussia Dortmund.

Terzić returned to Borussia Dortmund in 2018 as an assistant coach of the first team after the appointment of Lucien Favre as manager. He took charge of the team along with his colleague Manfred Stefes for the 2018–19 encounter against TSG 1899 Hoffenheim, as head coach Favre missed the match due to illness. After Favre was sacked following a 1–5 loss against VfB Stuttgart in December 2020, Terzić was appointed caretaker manager until the end of the 2020–21 season.