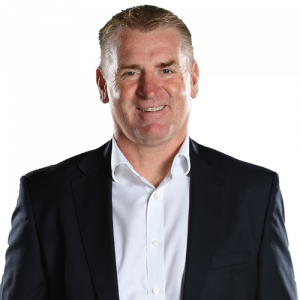 Starting his playing career as a defender with Walsall in 1989, over the course of five years he played 166 league and cup games. After signing for Hereford United in 1994, three years and 146 appearances later he moved on to Leyton Orient. In six years with Orient he made 309 appearances in all competitions, before earning a move to Sheffield Wednesday in 2003. After a season with Wednesday he moved on to Port Vale, retiring in January 2005. He scored 54 goals in 566 league games in a 16-year career in the English Football League.

Returning to Leyton Orient, he worked as assistant manager until January 2009. In July 2009, he was appointed as Head of Youth at Walsall, before taking the management reins in January 2011. He took Walsall from the relegation zone to safety in his first four months in charge. He took Walsall to the 2015 final of the League Trophy, before leaving the club to manage Brentford in November 2015. He was appointed as Aston Villa manager in October 2018 and took the club from 14th in the Championship to the Premier League via the play-offs in the 2018–19 season, and then to the 2020 EFL Cup final.