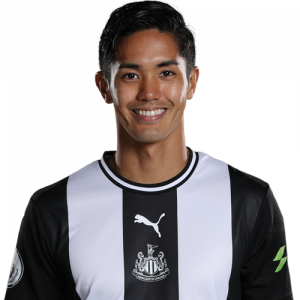 Yoshinori Muto (born 15 July 1992) is a Japanese professional footballer who plays for Spanish club Eibar, on loan from Newcastle United, and the Japan national team as a forward.

He started his career with J1 League club FC Tokyo in 2013 who he played with for three seasons. In May 2015, he signed for German club Mainz 05 where he amassed 72 appearances and scored 23 goals before moving to Premier League club Newcastle United in August 2018.

FC Tokyo
As a child, Muto joined FC Tokyo’s youth system, where he kept developing until 2010. He then enrolled in the Faculty of Economics of Keio University but kept playing football, for Keio’s team. Despite an injury which sidelined him, in his first season with Keio he won the “Rookie of the Year” title.

In 2012 and 2013, FC Tokyo included him in their roster as a “Special Designated Player”, an option that allows J-League clubs to field university players without a professional contract. However, he got on the pitch just once, at the end of a match in July 2013.

In 2014, he signed his first professional contract with FC Tokyo and was given the shirt number 14. Coach Massimo Ficcadenti decided to use him from the first league round and, at the end of the season, Muto reached 33 appearances and scored 13 goals, matching the top debut record in the Japanese first division. At the end of the season, he was part of the J-League’s Best XI.

Muto graduated from Keio University in March 2015, and the following month was subject to a bid by Chelsea. In April, he was elected as March’s MVP (Player of the Month) in the J-League.

Mainz 05
On 30 May 2015, Muto joined Bundesliga club Mainz 05 on a four-year contract until 2019. On 31 October 2015, he scored a hat-trick for the first time in his career and also became the second Japanese player after Naohiro Takahara to score a hat-trick in the Bundesliga, in his team’s 3–3 draw against FC Augsburg.

Newcastle United
Premier League club Newcastle United announced on 27 July 2018 that they had reached a deal to sign Muto, pending him being granted a UK work permit. He was granted the work permit on 2 August, officially becoming a Newcastle player on a four-year contract as part of a £9.5 million fee. Muto’s first goal for Newcastle came in a 3–2 away loss to Manchester United at Old Trafford.