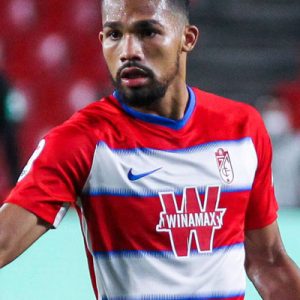 Yangel Clemente Herrera Ravelo (born 7 January 1998) is a Venezuelan professional footballer who plays as a defensive midfielder for Spanish club Granada on loan from English club Manchester City and the Venezuela national team.

Herrera started his club career at Monagas SC before moving to Atlético Venezuela in 2016.

Loan to Huesca
Following the conclusion of his two-year stay at New York City, Herrera was loaned to La Liga side Huesca for the last six months of the 2018–19 season.