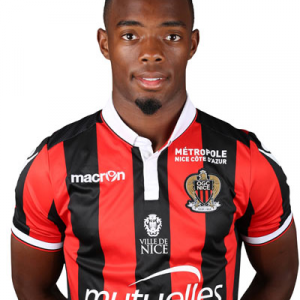 Wylan Jean-Claude Cyprien (born 28 January 1995) is a French professional footballer who plays as a midfielder for Serie A club Parma, on loan from Nice.

Lens
Cyprien began his youth career at Paris FC, before moving to Lens in 2008. He is a graduate of the Lens youth academy and made his debut for the first team in 2012. He passed through the youth ranks in July 2012. He helped Lens win promotion to Ligue 1, following a second place finish during the 2013–14 Ligue 2 season. The following campaign, Cyprien scored two goals and set up a further two, as Lens finished last and went straight back down to the second division. He made over 100 appearances for Lens, before his transfer to Nice in 2016.

Nice
On 27 July 2016, Ligue 1 club Nice reached an agreement with Lens for the transfer of Cyprien. The transfer fee was a reported €5m. He made his debut for the club on the opening day of the Ligue 1 season, coming on as a second-half substitute for Vincent Marcel in a 1–0 victory over Rennes.

Cyprien’s first goal for the club came in the Europa League on 29 September 2016, a consolation goal in his side’s 2–5 defeat to Russian club Krasnodar in the group stage of the competition.
Parma
On 5 October 2020, Cyprien signed with Parma. He joined the Serie A side on a season-long loan, potentially to become a permanent deal running until June 2025 upon the meeting of performance-based objectives.