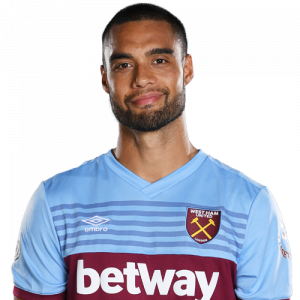 Reid signed for West Ham United on 5 August 2010, on a three-year contract for an undisclosed fee. His transfer fee was the subject of a dispute between West Ham United and FC Midtjylland as West Ham withheld the fee to bring to UEFA’s attention fees owing to them from the sale of Alessandro Diamanti to Brescia.