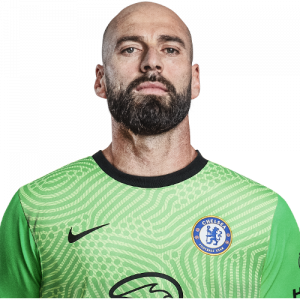 He spent most of his career in Spain, representing Elche and Málaga and competing in La Liga with the latter club. In the summer of 2014 he signed for Manchester City, helping them win the 2016 League Cup.

Caballero made his senior debut for Argentina in 2018. He represented the nation at the 2018 World Cup, and was also a non-playing member of the squads that won a gold medal at the 2004 Summer Olympics and finished runners-up at the 2005 Confederations Cup.