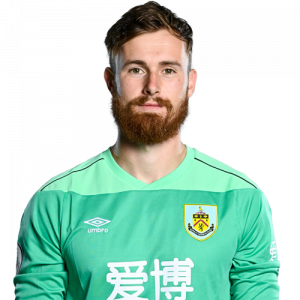 William James Norris (born 12 August 1993) is an English professional footballer who plays as a goalkeeper for Burnley.

Without a club at the start of the 2011–12 season, Norris made an approach to join Hertfordshire side Royston Town who in the previous season had narrowly missed out on promotion after finishing 3rd in the Spartan South Midlands League Premier Division. He played a number of games for the reserve team where his performances caught the attention of then first team manager, Paul Attfield, who pulled him into the first team.

On 16 July 2012, Norris signed for Cambridge United on a two-year deal and was loaned back to Royston Town for the duration of the 2012–13 season, helping the club to a 7th-place finish in the Southern Football League Division One Central.

On 11 July 2017, Norris signed a three-year deal for Wolverhampton Wanderers for an undisclosed fee, a day after the then Championship club had signed a fellow former Cambridge goalkeeper, John Ruddy. He made his debut for the club on 8 August 2017 in a 1–0 win against Yeovil Town in the second round of the EFL Cup.

On 30 July 2019, Norris joined Ipswich Town on loan for the 2019–20 season. He made his debut for the club in a 3–1 loss to Luton Town in the EFL Cup, on 13 August 2019. On 9 November, Norris saved a penalty during a 1–1 draw with Lincoln City in an FA Cup first round tie at Portman Road. Norris made a total of 20 appearances for the club during his loan spell prior to the League One season being ended early.

On 14 August 2020, Norris signed a three-year deal for Burnley for an undisclosed fee. He made his debut for the club in a 4-3 penalty shootout win against MK Dons in the FA Cup on 9 January 2021, saving two penalties in the shootout.