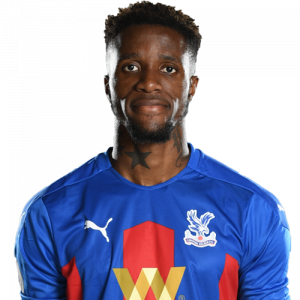 Zaha advanced into the Crystal Palace first team from their academy, in 2010. In his 3 full seasons at Selhurst Park he scored 18 goals in all competitions. In January 2013, he transferred to Manchester United for an initial fee of £10 million (the most expensive Crystal Palace player sold at the time). Zaha remained on loan at Palace until the end of the season, helping them return to the Premier League. After an unsuccessful 2013–14 season with Manchester United (mostly spent on loan at Cardiff City), Zaha returned to Palace in August 2014 on a season-long loan, before rejoining the club on a permanent basis in February 2015. He has since become the club’s 12th highest goalscorer.

Born in the Ivory Coast, Zaha grew up in England from the age of four. He made his debut for the England national team in 2012. He made two non-competitive appearances for England, the latter of which came in 2013. After not playing for England for 4 years, he switched his allegiance to the Ivory Coast ahead of the 2017 Africa Cup of Nations.