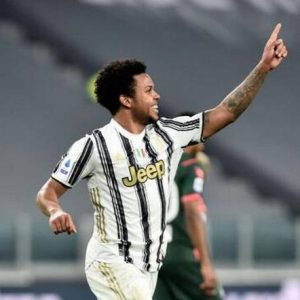 Weston James Earl McKennie (born August 28, 1998) is an American professional soccer player who plays as a midfielder for Serie A club Juventus and the United States national team.

A versatile player, McKennie is capable of playing in a multitude of positions in midfield—mainly as a box-to-box or as a deep-lying defensive midfielder.

Coming through the youth system, McKennie began his senior club career at Bundesliga side Schalke 04. In 2017–18, he established himself as a first team player, playing 25 games in all competitions. After three seasons, McKennie moved to Italian champions Juventus on loan, with the deal becoming permanent in March 2021.

McKennie has represented the United States internationally at both the youth and senior levels. He made his senior debut in 2017 and has finished runner-up in the 2019 CONCACAF Gold Cup.

On August 29, 2020, it was announced that McKennie joined Serie A side Juventus on a year-long loan. In doing so, he became Juventus’ first player—and Serie A’s fifth—from the United States. The move was structured as an initial year-long loan for a fee of €4.5 million, with an option to make the loan permanent at the end of the season. However, if McKennie meets certain performance incentives, the option will automatically trigger, and the deal will become permanent. In both scenarios, the deal will be for €18.5 million, which could rise an additional €7 million. On September 7, McKennie had his introductory press conference and was given the number 14.