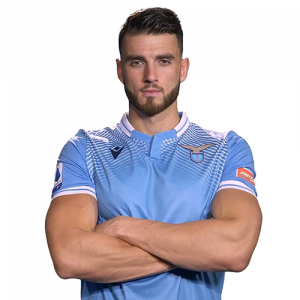 Wesley Theodorus Hoedt (born 6 March 1994) is a Dutch professional footballer who plays as a centre back for Serie A club Lazio, on loan from Premier League club Southampton, and the Netherlands national team.

AZ
Hoedt was born in Alkmaar and is a product of the youth academy from AZ. On 12 December 2013, he made his first-team debut for AZ in the UEFA Europa League against PAOK. He played the full game, which ended in a 2–2 draw.

For the 2014–15 season, Hoedt was promoted to the first team and named in the 24-man squad for the forthcoming season.

Lazio
Following Hoedt’s departure from AZ in 2015, Serie A club Lazio signed him on a free transfer. The player signed a four-year contract worth €1.25m per season. He scored his first goal for the club on 21 August 2016 in a 4–3 away win over Atalanta.

Southampton
On 22 August 2017, Hoedt signed for Southampton on a five-year deal reported to be €17 million (£15 million).

Celta Vigo (loan)
Hoedt joined La Liga club Celta Vigo on 22 January 2019 on loan until the end of the season, with an option to purchase. He made his debut on 27 January in an away game against Real Valladolid where he was booked twice and sent off.

Royal Antwerp (loan)
Hoedt joined Belgian First Division A club Royal Antwerp on loan for the rest of the 2019–20 season on 2 September 2019.

Lazio (loan)
On 5 October 2020, Hoedt returned to Lazio on a season-long loan deal with an option to buy.