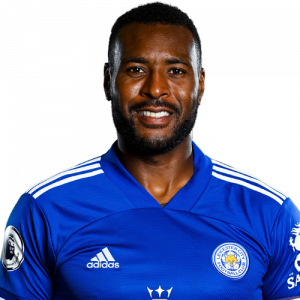 Westley Nathan Morgan (born 21 January 1984) is a professional footballer who plays as a defender for and is captain of Premier League club Leicester City and formerly the Jamaica national team.

Morgan spent the first ten years of his career with his boyhood club, Nottingham Forest, playing 402 matches and scoring 14 goals. He was their longest-serving player when he transferred to Leicester City in January 2012. Morgan became Leicester’s captain later that year, and has gone on to play over 300 matches in all competitions for them, captaining them to the Championship title in 2014 and their first Premier League title two years later. He was the first Jamaican player to score in a UEFA Champions League game.

Born and raised in England, Morgan chose to represent his ancestral Jamaica at international level, making his debut for them in 2013. He was part of their teams that competed in two Copa América tournaments and finished runners-up at the 2015 CONCACAF Gold Cup.

On 30 January 2012, Morgan joined East Midland rivals Leicester City for an undisclosed fee believed to be in the region of £1 million. As a result of his performances towards the end of the 2011–12 season, he was rewarded with the Leicester City captaincy ahead of the 2012–13 season. His impressive performances early on earned him a nomination for Championship Player of the Month for September.

Leicester won the 2013–14 Championship, in which he missed only one game. Afterwards, the club used a clause in his would-be expired contract to keep him for another season; he eventually signed a new three-year deal.

In the Premier League for the 2014–15 season, Morgan scored his first goal of the season in a 4–3 defeat to Tottenham Hotspur on 21 March 2015, and another in 3–0 win over Newcastle on the 5 May. On 19 April 2015, Morgan was selected in the “Football Manager Team of the Decade” at the Football League Awards.

Morgan kept his place for the 2015–16 season, playing in every minute of all 38 Premier League matches, one of only 4 players to achieve that accolade (including teammate Kasper Schmeichel) in that season. On 3 April 2016, he scored the only goal against Southampton, despite feeling ill. On 1 May, he equalised with a header in a 1–1 draw with Manchester United at Old Trafford, and the next day Leicester won the title, with Morgan becoming the first Jamaican to win a Premier League medal. After captaining Leicester City to the title, Morgan was included in the Premier League PFA Team of the Year, alongside teammates Jamie Vardy, N’Golo Kanté and Riyad Mahrez. He also became the third outfield player in Premier League history to play every minute of a title-winning season after Gary Pallister in 1992–93 and John Terry in 2014–15.

Manager Claudio Ranieri said “Wes Morgan is Baloo off The Jungle Book. He is a big gentle bear who looks after all the lads. He does not speak so much but when he does speak, everybody listens. He is the perfect captain. I never knew anything about him before I came here. But I watched all the matches, I watched how solid, strong and intelligent he was”. On 25 February 2017, reports emerged alleging that Morgan was among several teammates who met with chairman Vichai Srivaddhanaprabha following their 2–1 Champions League defeat at Sevilla on 22 February, which led to Ranieri being sacked.

On 14 March 2017, he scored the first goal in Leicester’s 2–0 win against Sevilla, contributing to a 3–2 aggregate score which allowed the club to qualify for the quarter-finals of the UEFA Champions League. This also made him the first Jamaican player to score in a Champions League game.