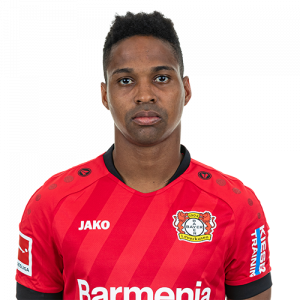 Beginning his career in his native Brazil, Wendell had spells at Iraty, Londrina, Paraná Clube and Grêmio. He signed for Bayer Leverkusen in February 2014, for whom he has made over 200 appearances.

Despite being capped at U20 and U23 level, Wendell is yet to make a senior international appearance for Brazil; his only call-up to date came in October 2016 for the 2018 FIFA World Cup qualifying games against Bolivia and Venezuela.

Club career
On 27 February 2014, he signed for Bayer Leverkusen on a 5-year deal after playing for various teams in Brazil, including Iraty, Londrina, and Gremio.  He made his debut for the team on 15 August, replacing Sebastian Boenisch for the last 19 minutes of a 6–0 win away to sixth-tier SV Alemannia Waldalgesheim in the first round of the DFB-Pokal. His Bundesliga debut came on 21 September, playing the entirety of a 1–4 defeat at VfL Wolfsburg. On 13 March he scored his first goal for the club, opening a 4–0 home win over VfB Stuttgart.