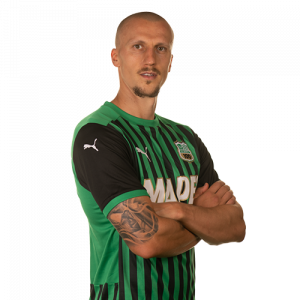 Primarily a central defender, he is also comfortable as a right back or a defensive midfielder.

Chiricheș spent the first part of his senior career in Romania with Internațional Curtea de Argeș, Pandurii Târgu Jiu and Steaua București. He helped the latter to a Liga I title and a Supercupa României before transferring to Premier League side Tottenham Hotspur in 2013 for a then-Romania record sale of €9.5 million. After two seasons, he moved to Serie A signing with Napoli. In 2020, Chiricheș was acquired by Sassuolo for €11 million after an initial loan.

A full international for Romania since 2011, he has earned over 60 caps and represented the country at the UEFA Euro 2016.

On 2 September 2019, Chiricheş joined Serie A club Sassuolo on loan with an obligation to buy for €12 million plus bonuses at the end of the season.

Chiricheş eventually left Napoli for Sassuolo in Summer 2020 for €11 million.