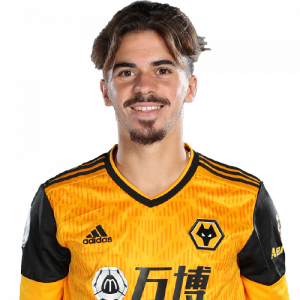 Vítor Machado Ferreira (born 13 February 2000), known as Vitinha, is a Portuguese professional footballer who plays as a midfielder for Premier League club Wolverhampton Wanderers, on loan from Porto, and the Portugal national under-21 team.

Vitinha made his LigaPro debut for Porto B on 11 August 2019 in a game against Sporting Covilhã. On 28 January 2020, he made his first appearance for Porto’s first team, coming on as a substitute for Wilson Manafá in the 61st minute in a match against Gil Vicente. He made a total of 8 substitute appearances for the team as they won the league title.

Vitinha made his full Premier League debut away to Manchester United on 29 December 2020, a game which Wolves lost narrowly to a deflection in added time.

On 22 January 2021, Vitinha scored his first senior goal and his first goal for Wolves with a 35-yard strike in a 1–0 away win over non-league side Chorley in the fourth round of the FA Cup.