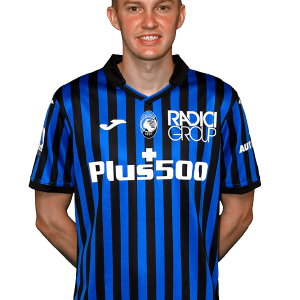 Viktor Viktorovych Kovalenko (born 14 February 1996) is a Ukrainian professional footballer who plays as a midfielder for Atalanta and the Ukraine national team.

Shakhtar Donetsk
Kovalenko is product of youth team of Shakhtar Donetsk. He made his début in the Ukrainian Premier League for Shakhtar in the game against FC Vorskla Poltava on 28 February 2015. On 9 May 2015, he made his first direct contribution for the first team when assisting the fifth and sixth goals for Shakhtar in a 7–3 win over FC Hoverla Uzhhorod.

On 20 February 2020, Kovalenko scored the winning goal in Shakhtar’s 2–1 win against Benfica in the first leg of their Europa League Round of 32 clash.

On 17 October 2020, Kovalenko scored twice in the first 18 minutes of Shakhtar’s 5–1 hammering of FC Lviv in the Ukrainian Premier League.

Atalanta
On 1 February 2021, with less than six months remaining in his contract with Shakhtar, Kovalenko signed a four-and-a-half-year deal with Italian Serie A club Atalanta for a reported fee of €700,000.