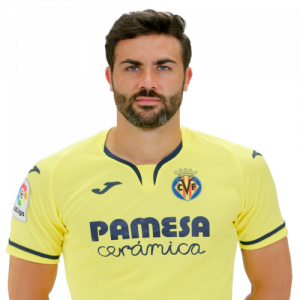 Vicente Iborra de la Fuente (born 16 January 1988) is a Spanish professional footballer who plays as a defensive midfielder for Villarreal.

He played 277 games in La Liga over 11 seasons, scoring a total of 33 goals for Levante, Sevilla and Villarreal, winning the Europa League three times with Sevilla. He spent two years in the English Premier League with Leicester City after signing in July 2017, returning to Villarreal in 2019 on loan and then signing permanently.

Villarreal
On 7 January 2019, Iborra joined Villarreal CF on a four-and-a-half-year deal for a reported fee of £9 million; he cited the failure of his family to adjust to life in England as the main reason for his departure. He appeared in 34 games in his first full season for the fifth-placed club, scoring in a 2–1 away loss against Real Madrid.

Iborra ruptured his left anterior cruciate ligament against Real Betis on 13 December 2020, and was sidelined for the rest of the campaign.