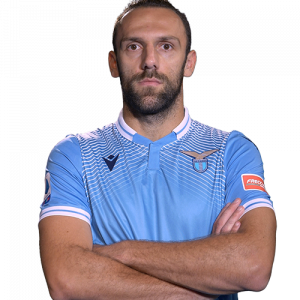 Vedat Muriqi (born 24 April 1994) is a Kosovan professional footballer who plays as a striker for Italian club Lazio and the Kosovo national team. He is known for his headers and strength.

Teuta Durrës
On 14 January 2013, after impressing in a friendly match, Muriqi was given a one-and-a-half year contract by Albanian Superliga side Teuta Durrës. On 23 February, he made his competitive debut later by entering in the second half of the 1–1 draw at Tirana in the round 16 of Albanian Superliga.

Loan at Besa Kavajë
On 4 January 2014, Muriqi was loaned for five months to Albanian Superliga side Besa Kavajë. He played his first match for the new club on 1 February in the championship match versus Laçi, entering in the 46th minute and netting a last-minute equaliser to rescue his side a 2–2 draw.

Giresunspor
On 18 August 2014, Muriqi signed to TFF First League side Giresunspor. On 14 September 2014, he made his debut in a 0–1 home defeat against Adana Demirspor after coming on as a substitute at 78th minute in place of David Solomon Abwo.

Gençlerbirliği
On 31 May 2016, Muriqi signed to Süper Lig side Gençlerbirliği. On 21 August 2016, he made his debut in a 2–0 home win against Gaziantepspor after coming on as a substitute at 64th minute in place of Cosmin Matei.

Fenerbahçe
On 7 July 2019, Muriqi completed a transfer to Süper Lig side Fenerbahçe by signing for the next four seasons. One day later, the club confirmed that Muriqi had joined on a permanent transfer.

Lazio
On 15 September 2020, Muriqi signed a five-year deal with Serie A club Lazio. On 20 October 2020, he played against Borussia Dortmund in the 2020–21 UEFA Champions League, to become the first player from Kosovo to feature in the competition.