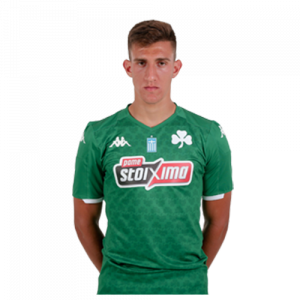 Vasilis Zagaritis (born 4 May 2001) is a Greek professional footballer who plays as a left-back for Serie A club Parma.

Panathinaikos
In 2015, Zagaritis joined the youth ranks of Panathinaikos from PAS Kithairon Kaparelli.

On 14 January 2019, he signed a professional contract with Panathinaikos lasting for two-and-a-half years. On 1 March 2020, he played his first Super League game for them in a 4–1 win against Volos.

Parma
On 22 January 2021, Parma announced the signing of Zagaritis on a contract lasting until 30 June 2024. On 17 May 2021, o Zagarítis made his debut with Parma, playing as a late substitute in a 1-3 home loss match against Sassuolo for the penultimate match of Serie A.