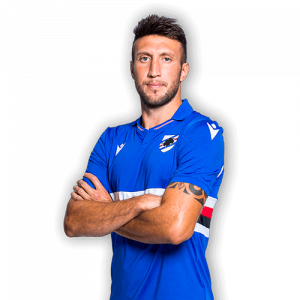 Vasco Regini (born 9 September 1990) is an Italian professional footballer who plays as a left-back for Sampdoria.

Club career
Regini made his Serie A debut for Sampdoria on 9 May 2009 in a game against Reggina. He was successively acquired on loan by Lega Pro Prima Divisione club Foggia later in August 2010.

International career
Regini was a member of Italy U-20 team from 2008 to 2011. In 2011–12 season he played twice for Italy under-21 Serie B representative team plus another unofficial charity match against Italy U20. All three match Regini was the captain.