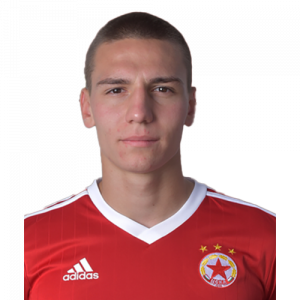 Valentin Ivaylov Antov is a Bulgarian professional footballer who plays for Serie A club Bologna, on loan from CSKA Sofia.

Primarily a defensive midfielder, he can also play as a centre-back.

A youth product of CSKA Sofia, Antov became the youngest player ever to represent the club when he made his debut in 2015 at the age of 14 years, 9 months and 10 days.

Antov has represented Bulgaria at every level, making his debut for the senior team in March 2019 at the age of 18.

On 1 February 2021, Antov was loaned to Serie A club Bologna until the end of the season with an option for a permanent transfer.