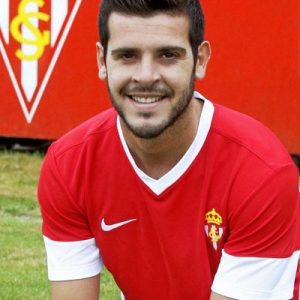 Víctor Rodríguez Romero (born 23 July 1989) is a Spanish professional footballer who plays as a right winger for Elche CF.

Rodríguez then signed for neighbours CF Badalona of the third division, going on to spend three full seasons in that tier with the club. In 2012 he joined Real Zaragoza of La Liga, but initially as a member of the reserve team also in the third level. He was introduced in the main squad setup by manager Manolo Jiménez shortly after, however, making his league debut on 25 August in a 2–1 away win against RCD Espanyol.

On 21 October 2012, in another 2–1 away victory, now against Granada CF, Rodríguez scored once and also provided the assist in Hélder Postiga’s opener. As he had played in the number of first-team games required, he was immediately handed a professional contract, running until June 2015.

Rodríguez returned to the top flight on 7 August 2014, after agreeing to a three-year deal with Elche CF. On 2 August of the following year, he was loaned to fellow league side Getafe CF for one year.

On 10 June 2016, after Getafe’s relegation, Rodríguez signed a four-year contract with Sporting de Gijón also in the top tier. He met the same fate at the end of the season, then agreed to terminate his contract in order to join a Major League Soccer team, which turned out to be Seattle Sounders FC.

On 10 November 2019, Rodríguez was named the MVP of the 2019 MLS Cup Final, scoring the Sounders’ second goal in a 3–1 home win over Toronto FC. The following 30 January, he returned to his former club Elche.